These stories are generously shared by autistic people committed to creating greater understanding around ways we can all support an autistic person in a social, workplace and school situation. 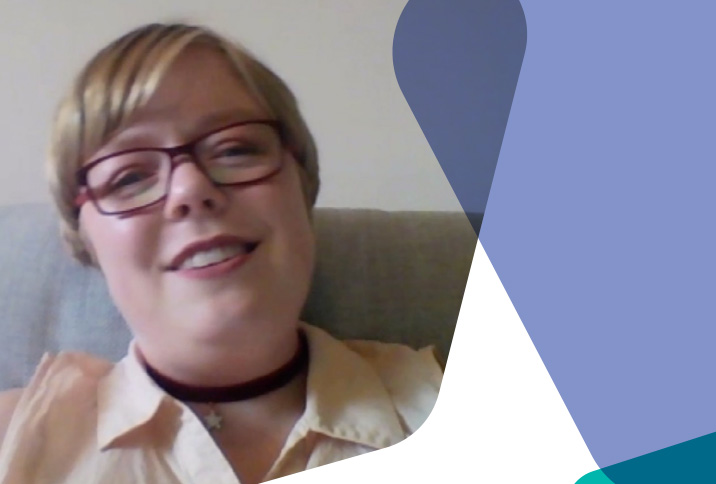 Ellen shares with us how simply operating within a ‘typical’ social context can be exhausting for an autistic person. Trying to ‘read’ a situation to ensure that you’re not misunderstanding the situation requires a lot of energy, and makes the long hours of a work day even longer, which in turn can hinder employment opportunities. 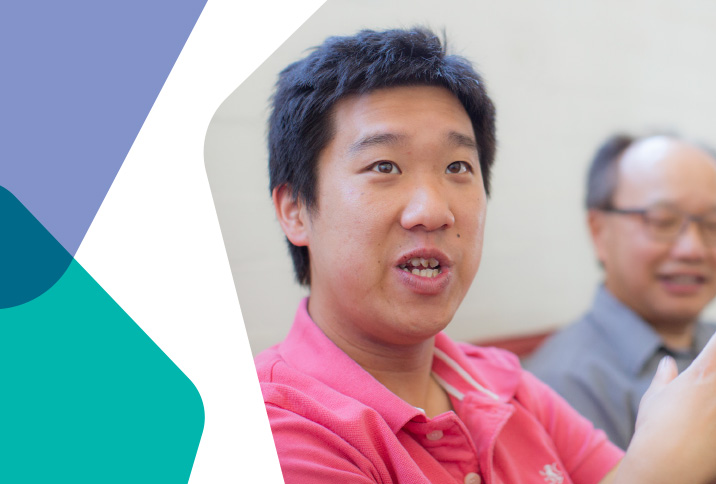 Jonathon is 25 and loves his job working in the kitchen at Becca Foodstore.
His dad Check takes us through the challenges Jonathon faces each day at work as an autistic person, and the simple adjustments his workplace is making to support Jonathon so that he can continue to flourish as an integral member of the team. 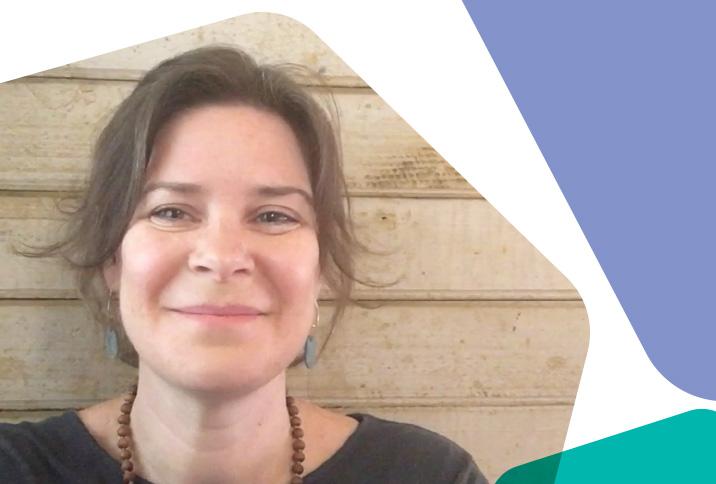 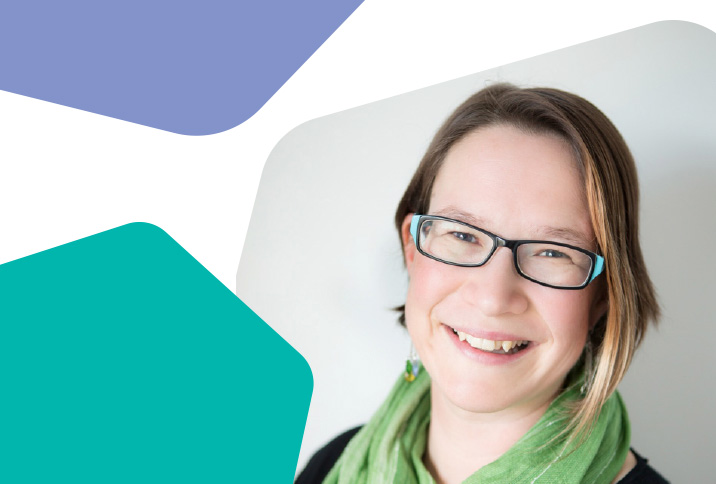 Sarah received her diagnosis of autism as an adult – completely changing her world. Her journey of discovery and understanding provides great insights into the autism experience, and how it impacts every autistic person differently.

Autism affects me in many ways.

Things like dealing with anxiety and mental illness on an every day basis, as well as needing to be aware of how many “spoons” I have, i.e. how much energy I have to get through the day and then allowing myself to slow down when I’ve run out of “spoons.”

It also means that I get tired a lot more often than neurotypical people as I’m constantly having to assess what is going on in a social situation and whether I have said the right thing or not.

It’s also tricky when there are people who are supposed to be helping me, such as my job support agency who don’t really know much about autism or the needs that I have when finding employment.

I also have a non verbal learning disability which means my spacial awareness is not very good, so if driving instructors where taught how to work with people like me then it would be much easier for me to get my driver’s licence.

My autistic son, Jonathon aged 25, is not particularly affected by sensory stimuli but he can be adversely affected by changes, and he stims whilst at work.

However just because he talks to himself (we have showed him how to do it at lower volumes), he is still concentrating on his work and the people’s conversations around him.

Acceptance is clearly shown because his colleagues learn to ignore his stimming whilst acknowledging that he is still attentively listening without looking at them in the eye.

So in preparation for the workplace, Becca Foodstore I have highlighted to his colleagues his particular habits (talking to himself, greeting everyone and speaking at the same volume at all times until reminded), his concerns with changes and how to help him overcome his anxiety with changes.

In short, my son will adapt to changes when a trusted person (his supervisor) explains the changed process to him, all that will happen and if there are several outcomes, what these are and how each of these outcomes can be addressed.

So removing the unknown removes the anxiety. Even if all outcomes cannot be defined and explained, stating to my son that his supervisor will attend to the outcome is usually sufficient to allay his concerns.

Another accommodation provided is a whiteboard which lists all of his duties for that day and so when something urgent crops up, he can be interrupted, set a new task and when completed resume his list.

Having a list also means that changes can be communicated to him in an unambiguous manner. The list also serves to provide the certainty of the next task should there is idle time in the workplace.

Clear rules are also needed and these must be set very specifically such as no mobile phones whilst at work. This reduces the distraction associated with the constant messages, alarms and notifications that come through.

*** I have tried to summarise the various habits of Jon

Jonathon talks to himself sometimes sounding like a commentator describing a cricket or footy match.

Alternatively he is having a 2-way conversation as if practising for a social encounter. Jon greets every visitor and introduces himself and tries to make it his business to know this new person he has met.

This over-friendliness can be managed by reminding Jon of his role at the workplace and that the stranger is here for a business purpose. His current modus operandi is to visit each of the 4 neighbours and greet each person before starting work.

Jon also repeats any out of ordinary event eg something is late and keeps repeating until that event is acknowledged and explained that the delay is acceptable and does not pose an issue.

He also prefers instructions using his name to avoid confusion with pronouns (you). Jon prefers unemotional almost mono-tonal instructions with minimal shouting although that can be tricky in a busy kitchen.

Instructions are preferred step-wise rather than nested and it should be clear who is supposed to be giving instructions.

When a change is required eg change in recipe or priorities, it is best that Jon is advised that the change is Plan B and is applicable only this occasion. Giving an instruction to counterman a previous process without explanation is confusing and can lead to internal conflict within Jon.

I was not diagnosed until I was in my 40s. At that time my son was diagnosed aged three, and I knew that I was also on the spectrum. This has been wonderful in so many ways.

When my daughter was five, I knew she also needed a diagnosis. I advocated for her to get the right supports early, although this was still later than for most boys.

Throughout my life I have experienced social, sensory and executive functioning challenges. I also have the common autistic challenges of a poor immune and digestive system. I often do not have much energy and find rest and recovery is a big need. Anxiety and depression are also often present.

From a young child I felt different. I did not feel well-connected to many, as I was so different to what anyone understood. My need for quiet, and my sensitive emotions and reactions to people and events were unsuited to fitting in.

I always struggled socially, and finding and keeping friends was difficult. Now I do not look for acceptance from everyone – I select people I think will be considerate and open to my unique and sensitive ways. I like that change!

My inability to navigate unstructured complex social situations has meant that although I have a double Bachelor’s degree, I have been unable to hold down stable employment. Although I found work environments challenging from a sensory and executive functioning perspective, it was the people side that did not work.

I am often anxious, because I have gotten people and life wrong so many times. I didn’t know why I couldn’t understand what was expected of me, however much I wanted to. Accepting this has reduced my anxiety, as has forgiving myself for simply not knowing. The right people know my intentions are always good.

Depression was an accumulated sadness that my life did not represent my strengths, but only expressed my challenges. I didn’t know how to build my capacity to create and live a normal life. Yet, now I don’t want an ordinary life, but a uniquely autistic one.

What has been the greatest help, is when people could see and believe in my unique capacities and humanity. These were friends, family and health professionals who accepted me for who I was. As I grew happier they let me evolve into my best self.

I’ve built resilience and determination and I try and use this to advocate for myself, my kids and the broader autistic community. I have seen how far we have all come, and I have so much more confidence that we can all live unique meaningful, joyful and happy lives.

I still have my traits, but I have reframed them into opportunities. I learn and grow every day. My husband has been the pillar of our family life, and his acceptance, compassion and courage to learn with and about us has been life changing for him and us.

When you are diagnosed with autism as an adult there are so many emotions and questions. I believe that I went through the whole shock process, and on telling my family they then experienced shock, with some never getting past denial.

Until four years ago all I knew of autism was that autistic people had physical meltdowns that appeared to be the same as tantrums. For me, a meltdown is not a physical release. It can be a complete shut down. I retreat into myself and become mute. I find thinking difficult, may not be able to explain what is happening. My husband can see the symptoms coming on as I withdraw into myself and is great at getting me out of the situation (normally supermarket or shopping mall) and somewhere where I can be quiet, and most often sleep it off.

Understanding autism as it relates to me has been a journey of self discovery — a lot of reflection on my life and making sense of situations that had confused my younger self. I identify as an autistic person, and my life is a tapestry of talents and challenges, social anxieties, hyper-focus (making me incredibly good at research and working in-depth) and sensory sensitivities.

Over the last two years I have been gently educating people, sharing my story and listening to their responses to understand what the knowledge gaps really are. One of the challenges of being an autistic adult is that it is unseen. There are times when I disclose that I am autistic and am asked if I am sure, as I am able to maintain eye contact, speak to people and am empathetic.

The main way you can support someone with autism is to find out what help and support they need and also what talents and skills they have. Finding out you are autistic, or that your child or relative is autistic only tells you what the official diagnosis is. It is like being diagnosed as human, what this means is different to each and every one of us.

In our family we embrace neurodiversity. We have two autistic people, and one with dyslexia, which creates an interesting little world where neuro-typical is not the norm. Together we find the best ways to get along and support each other.